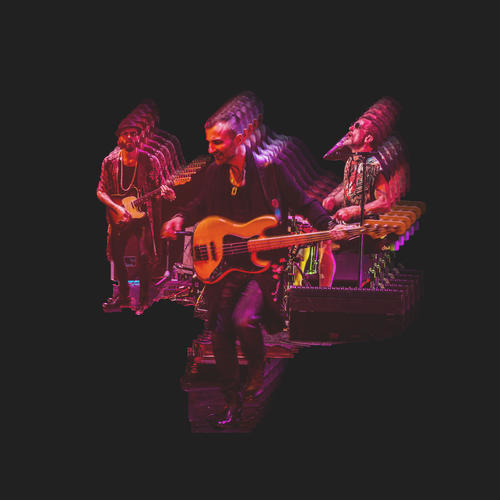 Through The Middle (Single)

May 2020 is raw and funky: The fifth TNM single this year grooves around the corner on may 29th like a lovely warm old vinyl record.

Through The Middle sounds like a fresh jam session out of Nashville. No surprise though as it’s been recorded exactly this way. Based on a self-created old school drum loop everything revolves around the bassline pumping through the song with no less than 996 sixteenth notes. The dusty - yet timeless - Fender Rhodes Piano interweaves percussively with the bluesy-funky Fender guitar.

Voilà, the groove is locked and sits deep in the pocket where usually nothing is found but lint. Dirty, honest and uncompromising: Through the middle!

The Next Movement: Character, authenticity and urgency – but above all: Groove.

The Next Movement, led by singer / drummer J.J. Flueck, joined by Pascal „P“ Kaeser on bass & synth and guitar-virtuoso Sam Siegenthaler have gone through it all. The three have worked together over a decade as in-demand musicians and rhythm section (Greis, Nicole Bernegger, William White, Steff la Cheffe, Soul Train, The James Brown Tribute Show, Manillio, Diens, Rogue State Alliance a.m.m.), being too busy to release their own music.

With the release of their soulful-feelgood summer (video-)single „Superfly“, the group started a highly productive era. One EP later, the 16 track Longplayer LOUD is released End of February 2018. The following Singles „Voodoo“, „Let It Go“ and „ I wanna see you move“ get tons of props on US-musicblog Earmilk.com and negative white. In Spring 2019 the trio follows up with the EP „No Sleep Till Paradiso“ and another tour. Adding up to over 70 shows and building a highly explosive live-show.
Explosive Groove-pop, with enough funky soul might be the most accurate description of their fairly unswiss sound creation. Comparisons to Anderson .Paak and references to Prince show up on a regular. Call it what you want; their music is very meaningful and grooves hard. Live delivery is a given and known to most promoters after literally thousands of shows with various artists and projects throughout Switzerland and abroad.